Work and the Future 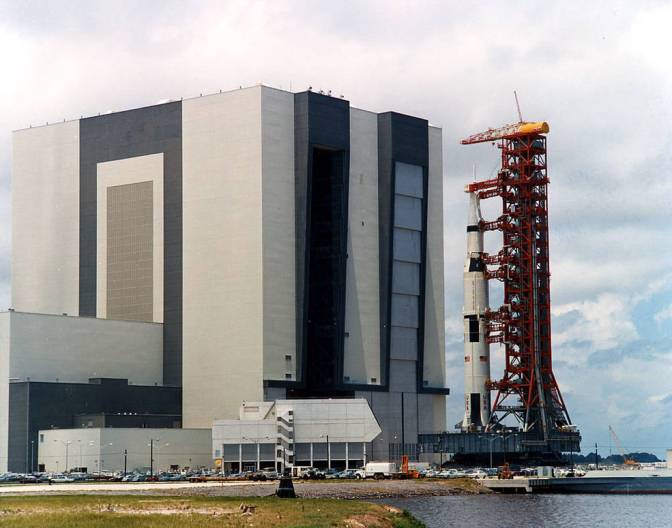 July 20, 2019 approaches…50 years to the day that Neil Armstrong and Buzz Aldrin set foot on the Moon. Nearly every day now, media, government, and many commentators are reminding us about what we ought to do as a nation: to harness the energy and focus that landed men on the moon and brought them safely back to earth in order to be able to solve the many challenges we face today.

Of course there is little agreement in our state of politics and rhetoric today about what we as a people should be doing.

The implication is that we must find the conviction of the past to tackle the challenges of the present.

Like most historical comparisons, the hindsight is skewed, and the foresight is murky at best.

Let’s look at a few facts:

Speaking at Rice University in Houston, Texas on September 12, 1962, President John F. Kennedy who was just 45 years old on that date, famously said: “We choose to go to the Moon.  We choose to go to the Moon in this decade and do the other things, not because they are easy, but because they are hard, because that goal will serve to organize and measure the best of our energies and skills, because that challenge is one that we are willing to accept, one we are unwilling to postpone, and one which we intend to win, and the others, too.”

The President went so far in this speech as to say that while a staggering sum at the time, $5.4 billion per year was budgeted for the project, he translated that figure into the expenditure of 50 cents per week for every man, woman, and child in the United States…”even though I realize that this is in some measure an act of faith and vision, for we do not know what benefits await us.”

It is impossible to know to what extent Americans at that time thought much about their contribution to the success of the Moon Landing.  According to Gallup polls at the time (1965), 39% of Americans thought that the U.S. should do everything possible , regardless of the cost, “to be the First Nation to the moon”.

So, we must remind ourselves that indeed the national effort to land humans on the moon and return them safely to earth was a “space race”, very much a part of the so-called “Cold War” with the Soviet Union at the time.

Just a month after the speech by President Kennedy at Rice University, the world would sit at the brink of nuclear war during the Cuban Missile Crisis of October, 1962.  We wonder to what extent more or less than the 39% of Americans who supported the project would have given that support if it were not seen as a patriotic cause, a race against our enemy at the time.

Then there is the matter of the 1960’s themselves…the era of the Vietnam War, the Voting Rights Act, and the heights of success of the Civil Rights Movement, from the March on Washington to the passage of the Voting Rights Act, including the unspeakable tragedies of those times, including the bombing in Birmingham that killed four little girls,  to Bloody Sunday on the Edmund Pettis Bridge, to the evolution of Dr. King himself to fighter against poverty and the War in Vietnam, to the assassination of President Kennedy, Malcolm X, Robert Kennedy, Dr. King, Medgar Evers in his driveway,  and Fred Hampton in his bed in Chicago.  There was the Democratic Convention in Chicago.

What lessons can we draw from the actual experience of the success of Apollo 11 and the present rhetoric about how we as a people must somehow pull together to solve as yet quite undefined goals of the present and future?

The celebration of the success of the Moon Landing was partly a relief from the tumult of the times…but on its face, it was impossible to not see what human beings were capable of:  making an original scientific, engineering, and organizational  breakthrough.

And there were many other discoveries and achievements derived as a result of the research and experimentation that created the Moon landing:  transit satellites for enhanced communications,  tiros satellites for weather and storm prediction, and a great expansion of opportunity for people to study the sciences and engineering.

Lessons of leadership and ownership and the relationship between the two is at least one lesson and an important perspective to take away from 1969 to 2019.

A great deal has happened to our still young nation in the last fifty years (20% of our nation’s history).  And because we are a young nation, I’d suggest that we not become overly distraught about what we are and are not capable of.

It’s really not hard to define what we need to do:  we are in a race against the warming of the planet and the ravages of inequality in our society, inequality about all those things that everyone needs and wants:  valued work, health, education, housing, and some opportunity for savings and time for leisure.  The longer we choose not to take up these races, the more complex they become to solve.

President Kennedy framed the moon landing project as a race.  Would it have been accomplished any other way?

We cannot use the excuse of distraction and tumult of our times…compared to the 1960’s it’s hard to say which time was more distracting and tumultuous.

We need to create a relationship between leaders and people to jointly own the race.

There will be opposition.  There will be distraction.  But let’s put a price tag on what we want to accomplish; let’s decide on the science, educate people,  and put people to work.

As the President said at Rice University:  “Let us organize and measure”.

As we do such things, leaders must ask for and receive ownership of the grand projects to come from the people who are paying for it.  Ownership is achievable by being clear about the consequences of not succeeding and the benefits of achieving the goals of ending the warming of the planet and rebalancing income and wealth…and not just rebalancing, but raising up all those who have been left far behind the past improvement for only some of us.  Everyone must have a stake that is clear and clear-eyed.

While the Moon Landing was a great achievement, its impact was small compared to what we need to do as a society today.

So, that is the first step:  to be clear about the ambition, and in doing so to be specific about the science and the cost.

Give people a real choice with real facts.  Put us all to work for things we can believe in.

View all posts by John August